Albany, NY – On Tuesday June 8, the New York State Legislature passed A.126-A/S.1759-A, sponsored by Senator James Skoufis and Assemblymember Richard Gottfried. The bill will jump-start testing for 40 emerging contaminants in drinking water by every New York water utility. Approximately 2.5 million New Yorkers have not previously benefited from emerging contaminant testing; if the Governor signs the bill, they will finally find out if their water is safe to drink. 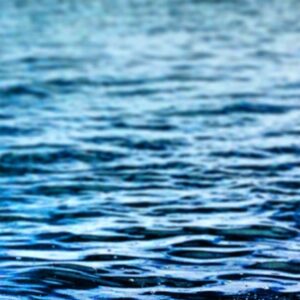 The Legislature’s action comes after a Siena College poll revealed that 64% of New Yorkers are “very concerned” about water pollution in New York. Approximately 2,000 small water utilities in New York have not been required to test for the 40 emerging contaminants listed in the bill, which include strontium, chromium-6, and many PFAS chemicals. Small water utilities are exempt from federal testing requirements for emerging contaminants, leaving customers in the dark.

Following the water crisis in Hoosick Falls in 2015, Governor Cuomo’s administration had promised to close this testing loophole. In 2017, New York enacted the Emerging Contaminant Monitoring Act, which directed the NYS Department of Health (DOH) to create and regularly update a list of emerging contaminants that every water utility, regardless of size, would be required to test for and notify the public if high levels were discovered.

Four years later, however, DOH has failed to implement this landmark law and has not committed to a timeline to begin testing. The legislation passed by the Legislature today lists the first round of chemicals that every water utility must test for and sets a 90-day deadline for DOH to begin establishing this program.

“New York should be a clean water leader,” said Assembly Health Committee Chair and bill sponsor Richard N. Gottfried. “We must have the strongest commitment to identifying dangerous chemicals and implementing testing and remediation when necessary, including monitoring emerging science about these risks. In 2017 the Legislature and Governor agreed that the Health Department should establish an Emerging Contaminant Monitoring List. Four years later we don’t have one. It’s time to enact such a list as the first step toward setting scientifically-appropriate levels for public notification and remediation of dangerous chemicals.”

“For decades, many of my constituents and our neighbors around the state have suffered the consequences of hidden contamination sources. New York can’t afford to drag its feet on the health and safety of its families any longer: we must stay ahead of the game in terms of identifying, monitoring, and eliminating new drinking water contaminants by strengthening testing requirements for water systems statewide,” said Senator and bill sponsor James Skoufis, “I am proud to have moved this legislation across the finish line with my legislative colleagues, and now call on the Governor to do the right thing.”

“Water is fundamental to life, but it is one of our most threatened resources. We are thrilled that the State Legislature took action to ensure that water contamination crises do not go undetected. Thanks to Senator Skoufis and Assemblymember Gottfried’s leadership, all New Yorkers are one step closer to knowing what’s in their water. We now look forward to Governor Cuomo swiftly signing this legislation into law,” said Rob Hayes, Director of Clean Water for Environmental Advocates NY.

“For too long, Hoosick Falls residents didn’t know what was in our water. No New Yorker should have to be exposed to toxic chemicals for decades like we were,” said Michelle O’Leary, Hoosick Falls resident and member of the New York Water Project. “Many of us read food labels and have taken steps with this information to protect the wellbeing of our families. We should be able to do the same with our water. Any toxins we are being exposed to need to be found and eliminated. With this bill, New York will finally move forward with a proactive rather than a reactive approach to safeguarding drinking water. It’s been a long time coming.”

Peggy Kurtz, Co-Founder of the Rockland Water Coalition said, “In Rockland, 8 PFAS chemicals have been detected in our water, but we don’t know whether there are even more PFAS in our water that have not been tested for. It’s not enough to test only for the two PFAS chemicals regulated in New York. Scientists are telling us that many of the unregulated PFAS chemicals are every bit as toxic as the two that are now regulated, and pose serious risks to infants and small children. With this bill, testing for all detectable PFAS chemicals would finally begin. We thank Senator Skoufis and Assemblymember Gottfried for their leadership in sponsoring this critical legislation.”

Deborah Brown, member of the Newburgh Clean Water Project said, “In Newburgh, we have 12 PFAS chemicals in our drinking water sources, which forced us to hook up to New York City water. Our water is threatened by releases from our local air base, from overdevelopment and from the proposed Danskammer fracked-gas power plant. We need our own water back, cleaned and protected. This bill will test for emerging contaminants and identify our water problems fully, the first steps toward getting our water sources cleaned up.”

“After years of sounding the alarm and educating municipalities surrounding Seneca Lake about the dangers of PFAS, we’re thrilled that the State Senate will finally pass a bill to start testing for PFAS chemicals and other emerging contaminants in our drinking water,” said Joseph Campbell, President of Seneca Lake Guardian. “We applaud Senator Skoufis and Assemblymember Gottfried for taking on this issue, and are hopeful that the Governor will sign this bill in an effort to inform all New Yorkers of what’s in their water.”

“Clean water is critical for the health, safety and wellness of our children,” said Dana Platin, President of the NYS Parent Teacher Association. “We truly applaud the State Legislature for their action in support of children’s health, and look forward to quick action from the Governor to ensure this important and necessary bill becomes law.”

Stephen Acquario, Executive Director of the NYS Association of Counties, said, “New York is a national leader in protecting our most precious commodity: drinking water. Emerging contaminants, such as PFAS chemicals, are the greatest threat to the quality of our drinking water in a generation. This legislation expands the list of emerging contaminants to provide more information about what chemicals are in our drinking water so we can take steps to ensure that it is clean and safe to drink.”

“Communities have waited years for this testing. Today, we’re glad they won’t have to wait any longer,” said Newburgh City Councilmember and Local Progress NY Co-Chair, Karen Mejia. “We applaud the State Legislature for taking a crucial step to ensuring communities across New York — in both big cities and small towns — have safe drinking water.:”

“Knowledge about what is in our drinking water is critical to public health, and this bill will move New York closer to fulfilling DOH’s long overdue mandate under the Emerging Contaminants Monitoring Act,” said Victoria Leung, Associate Staff Attorney of Riverkeeper, Inc. “We commend the State Legislature for passing this bill and hope the Governor will sign it soon.”

“All New Yorkers, regardless of where they live, should have the basic right to know what’s in their water,” said Liz Moran, Environmental Policy Director for NYPIRG. “Giving New Yorkers more information about their water empowers them to make healthy choices for themselves and their families, prevents contamination crises, and moves the state towards a path to regulate dangerous contaminants. NYPIRG thanks Senator Skoufis and Assemblymember Gottfried for carrying this legislation and applauds the State Legislature for passing this bill – we urge the Governor to sign it quickly.”

“Communities across New York continue to grapple with toxic chemicals in drinking water,” said Alok Disa, Senior Research and Policy Analyst with Earthjustice. “In order to protect against these exposures and to safeguard public health, New Yorkers first need to know whether PFAS or other harmful contaminants are in their water supplies. By requiring periodic testing for emerging contaminants, this legislation will ensure that drinking water protections evolve with scientific understanding. We thank the Legislature for taking this critical step to ensure all communities are able to know what’s in their water, and we urge the Governor to sign this legislation into law as soon as possible.”

“While New York State has access to an abundance of fresh water because of its position in the lower Great Lakes Basin, there is also a long history of industrial contamination to the very waters we pull our drinking water from. For generations, adequate testing has been lacking in areas of Western New York that are likely to be impaired by industrial contaminants. Expanded testing of emerging contaminants is critical to identify any threats to public health and work to address them in order provide clean and safe drinking water for all New Yorkers,” said Jill Jedlicka, Executive Director of Buffalo Niagara Waterkeeper.