The following quote can be attributed to Kate Kurera, Deputy Director of Environmental Advocates NY:

“The Senate and Assembly have both released their spending plans with significant improvements to the Governor’s proposed budget that will help ensure New York has the resources to protect our environment and uplift disadvantaged communities. 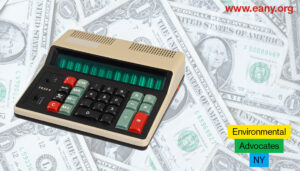 “Both houses rightly eliminated the Governor’s $23 million raid of community clean energy funds from the Regional Greenhouse Gas Initiative (RGGI). These funds support projects that help communities fight climate change, reduce air pollution, and create good green jobs. Every bit of funding is necessary for meeting our climate goals and protecting communities across New York, especially those that are the most vulnerable. The Assembly and Senate also wisely rejected a proposal from the executive that allows building owners in New York City to buy their way out of making much needed pollution reduction actions. Both of these executive proposals impede progress toward meeting the State’s climate goals and frustrate the intent of the State’s climate law. We urge the Legislature to ensure these proposals are left out of a final budget agreement.

“We commend both the Senate and Assembly for recognizing the importance of funding the environment. The Senate proposal includes an Environmental Bond Act, which will be a tremendous boost for New York’s economy by creating 65,000 jobs while improving our air and water, and a proposal for extended producer responsibly (EPR) for paper and packaging, which will help tackle our solid waste crisis and fix our struggling recycling system. The Assembly proposal increases the Environmental Protection Fund (EPF) to $400 million, adding valuable resources to a successful program that has been protecting and supporting our environment and economy for nearly 30 years. We call for all of these measures to be included in a final budget.

“Lastly, we are pleased the Governor, Senate, and Assembly support $500 million in new funding for the Clean Water Infrastructure Act (CWIA). We urge state lawmakers and the executive to include the Assembly’s proposal that specifies a $50 million investment in the Lead Service Line Replacement Program (LSLRP) in the final budget. New Yorkers will benefit from this much-needed funding, which will result in good-paying jobs and cleaner water.”