Few regions have more at stake due to Mr. Trump’s reckless nominations to undermine the life-saving work of the Environmental Protection Agency than New York’s Capital Region. The incoming president has threatened to renege on the Paris Climate Agreement, to abolish the EPA, and to roll back hard fought protections even as crises like water contamination and more beg for greater regulation.

The coalition is calling on Governor Cuomo to include the New York Climate and Community and Protection Act – the strongest climate action and environmental justice legislation in the country – in his upcoming 2017-18 Budget proposal. 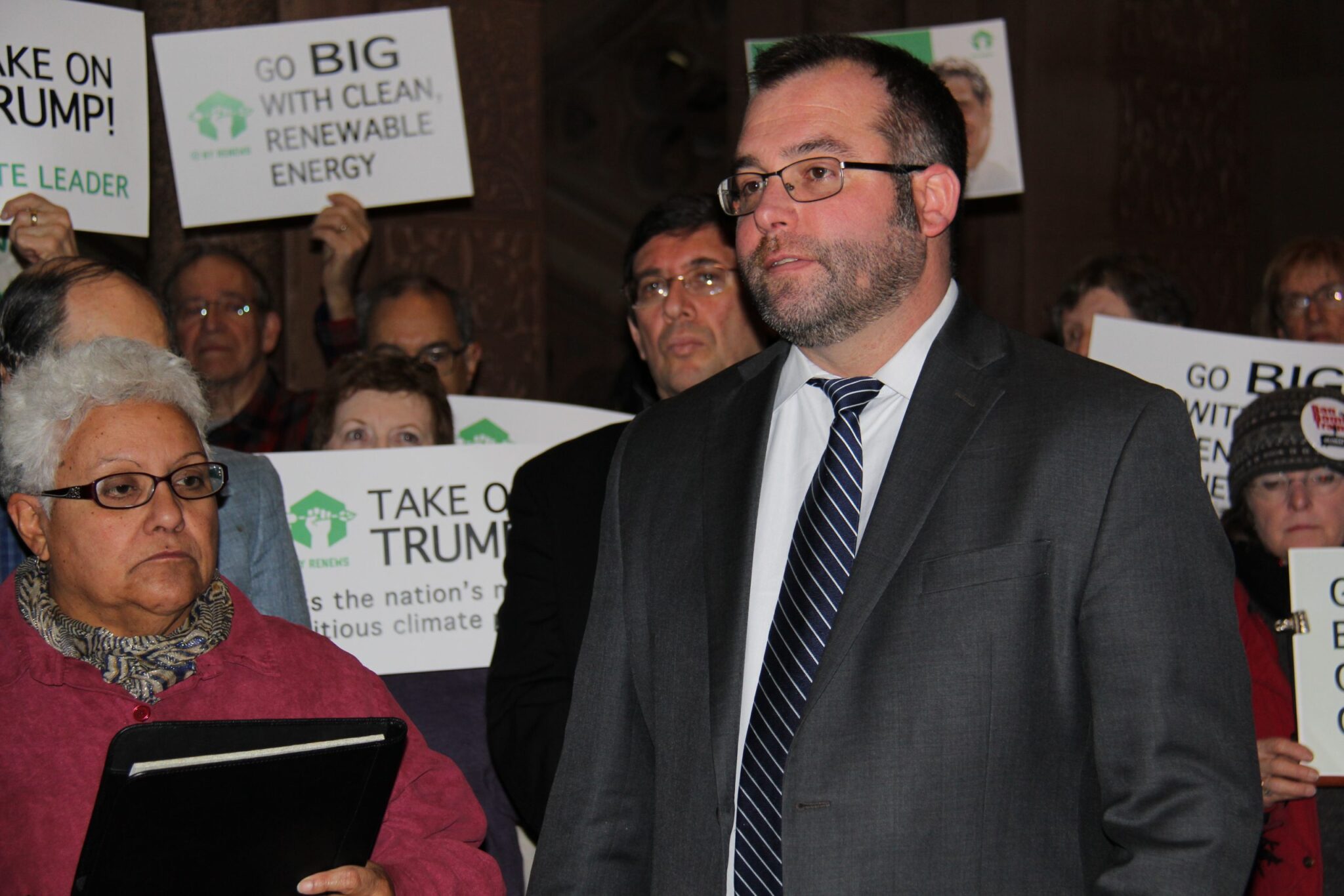 The Reverend Peter Cook, executive director of the New York State Council of Churches said, “All of creation belongs to God. We are called to be good stewards of what God has created. Reflecting longstanding positions of most Christian denominations to preserve the environment, the New York State Council of Churches strongly supports state efforts to help New York meet its energy needs without depending so much on carbon emitting fossil fuels. We believe that the Climate and Community Protection Act (CCPA) offers New Yorker’s the clearest path to a clean alternative energy future.”

Ivette Alfonso, president of Citizen Action of New York said, “With the appointment of people like ExxonMobil CEO Rex Tillerson as Secretary of State, climate change denier Scott Pruitt as EPA administrator and Rick Perry as Energy Secretary, it is clear that President-Elect Trump intends to continue to keep his head in the sand on climate change. Governor Cuomo must fill in the gap if New York wants to avoid more frequent weather-related catastrophes like Irene and Sandy. He can take an enormous step in this direction by passing through the budget ambitious climate change legislation that caps greenhouse gases while providing quality clean energy jobs for low and moderate income people and people of color in our communities.”

Conor Bambrick, air & energy director at Environmental Advocates NY said, “The Capital Region has become the epicenter for several fights in recent years, over oil trains, Hudson River clean up, air quality, and water contamination. And the community has protected itself by rising up time and again and fighting for air safe to breathe and water safe to drink. With Mr. Trump’s anti-science appointees at the helm, New Yorkers need Governor Cuomo to walk the talk. He’s promised to lead on climate and clean energy issues, and his team says that stepping up for environmental justice communities is a priority. The state budget is his chance to take Trump on.” 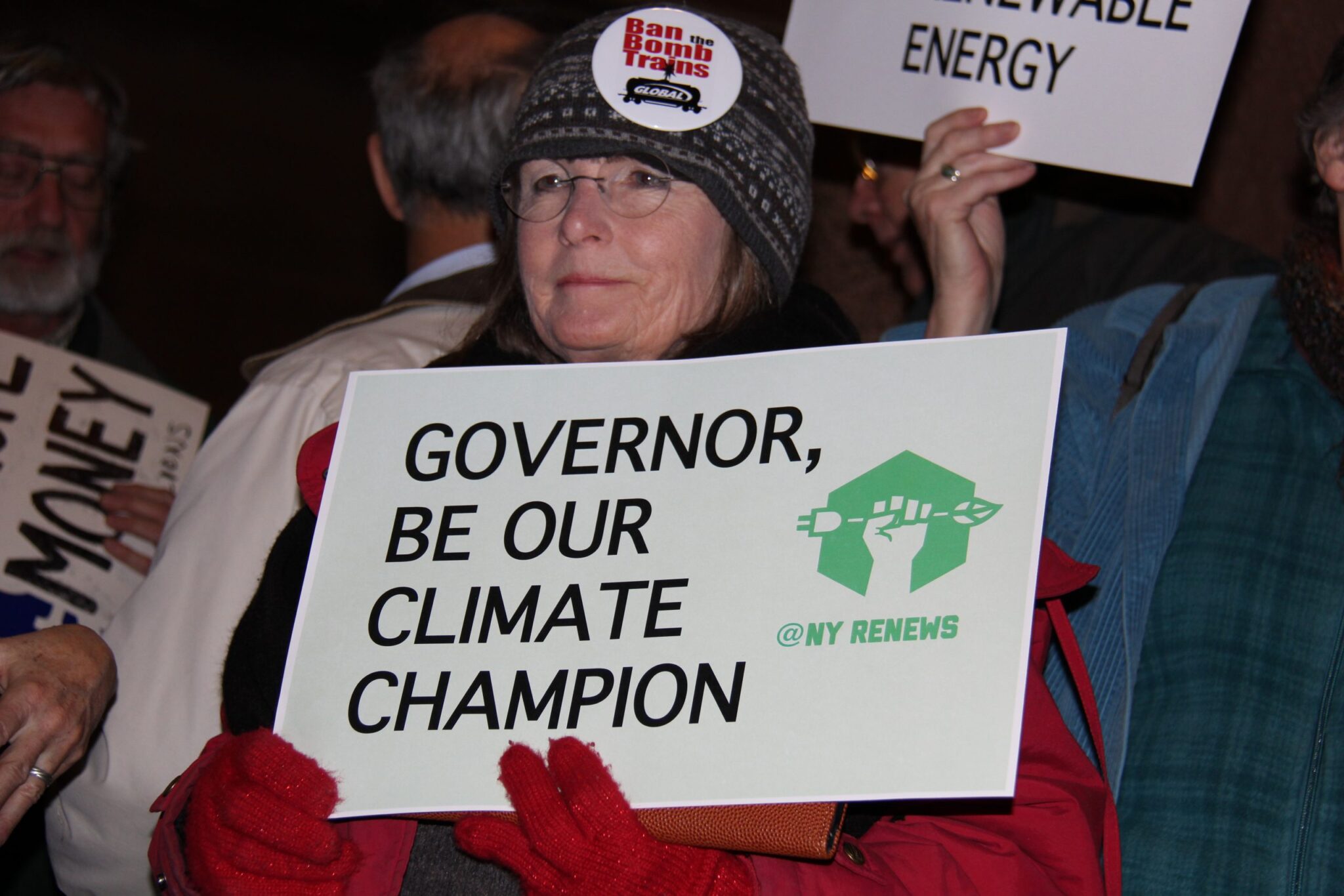 Frederick E. Kowal, Ph.D, president of United University Professions said, “Just last week, Donald Trump was quoted as saying that “nobody really knows” if climate change is real. Science says otherwise, which is why the time is now for New York to be the standard-bearer when it comes to fighting climate change and protecting the environment. The governor, a strong environmental ally, has taken significant steps to move the state toward a new clean energy economy. Moving quickly toward green energy technology will provide real, long-term jobs, and that’s why labor — especially a union like UUP, which represents higher education — and the environmental movement are natural allies. Enacting the Climate Change and Community Protection Act just makes sense.”

Sara Niccoli, executive director of the Labor-Religion Coalition of New York State said, “Governor Cuomo and the state Legislature have an opportunity and a responsible not only to address the moral and environmental crisis of climate change that puts families and future generations at risk but to address the economic crisis of middle class job loss. By investing in defenses against severe weather events and renewable energy infrastructure, we will create the good jobs New Yorkers so desperately need.”

The Climate and Community Protection Act

This bill takes Governor Cuomo’s climate and clean energy commitments – including generating 50% of New York’s electricity from clean, renewables sources by 2030 – and places them into law. It also provides unprecedented investments for front line communities like those found throughout the region who are bearing the brunt of climate change already. And it grows the green economy while ensuring a Just Transition to protect workers as the shift is made away from fossil fuels towards energy sources such as wind and solar.

The bill has an unprecedented level of support from 100+ organizations which comprise the #NYRenews coalition. It overwhelmingly passed the state Assembly in 2016, and has the support of a bipartisan majority of all state Senators.