The letter can be found online. 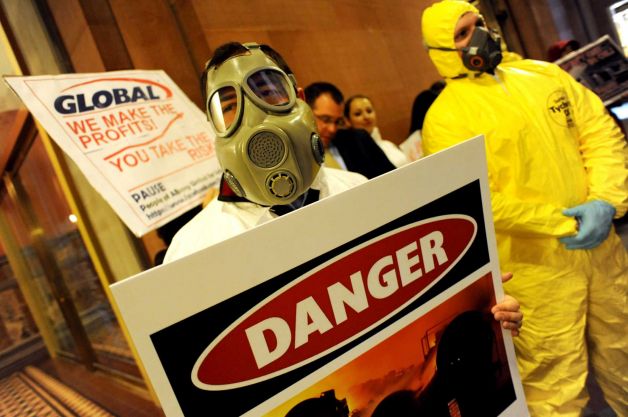 Peter Iwanowicz, executive director of Environmental Advocates NY said, “This is Governor Cuomo’s keystone moment. For two years under the state Department of Environmental Conservation’s (DEC) watch, the oil industry has laid the groundwork to turn New York into a primary route to market for some of the dirtiest and most dangerous oil on earth. Nationwide, eyes are watching the Governor, because of the destruction tar sands would have on our climate. We thank our national partners for impressing upon the Governor that New Yorkers need him to move beyond rhetoric and act to protect our environment and public health.”

Michael Brune, executive director of Sierra Club said, “With the numerous recent disasters involving shipping crude oil by rail, it’s obvious that rail is not the answer. And with pipeline tragedies like the ones on the Kalamazoo River and in Mayflower, AR it’s clear that pipelines aren’t the answer either. Ultimately, the only real way to protect public health and safety is to leave dirty fossil fuels in the ground and move as quickly as possible to clean energy like wind and solar.”

Sandy Steubing of People of Albany United for Safe Energy (PAUSE) said, “The public doesn’t care about regulatory jurisdictions. We do care that the transportation of volatile Bakken crude threatens our basic health and safety needs.”

Ned Sullivan, president of Scenic Hudson said, “Governor Andrew Cuomo has provided outstanding leadership in forging an economic development strategy for the Hudson Valley that builds on the strength of the river as the centerpiece of the regional economy. The Department of Environmental Conservation should follow the governor’s lead in safeguarding the natural and economic assets of the Hudson Valley by requiring a full and exhaustive review of the Global Companies’ proposed facilities in Albany and New Windsor with a special focus on the potentially devastating impacts of an accident or spill on the people, communities and natural treasures of the Valley.”

Kierán Suckling, executive director of the Center for Biological Diversity said, “Oil trains in New York have become virtual pipelines, with all the threats of actual pipelines, like Keystone XL. But in the case of oil trains it was pretty much anything goes until they started blowing up and killing people. Now, it’s time for government to act, and for human safety and the environment to come first, which is the way it should have been to start. “