Albany, NY—In this season of thanks, a group of community, state and national organizations sent an open letter to U.S. Senate Minority Leader Chuck Schumer today thanking him for putting the health and safety of our communities ahead of the White House’s pro-polluter policies.

More than 160 Groups Give Thanks to Senator Chuck Schumer

Albany, NY—In this season of thanks, a group of community, state and national organizations sent an open letter to U.S. Senate Minority Leader Chuck Schumer today thanking him for putting the health and safety of our communities ahead of the White House’s pro-polluter policies. The “thank you” letter commended Senator Schumer for joining citizens, community leaders, and environmental leaders at an event in Lower Manhattan last month to firmly declare that he and his colleagues would fight to prevent any cuts to EPA’s budget. 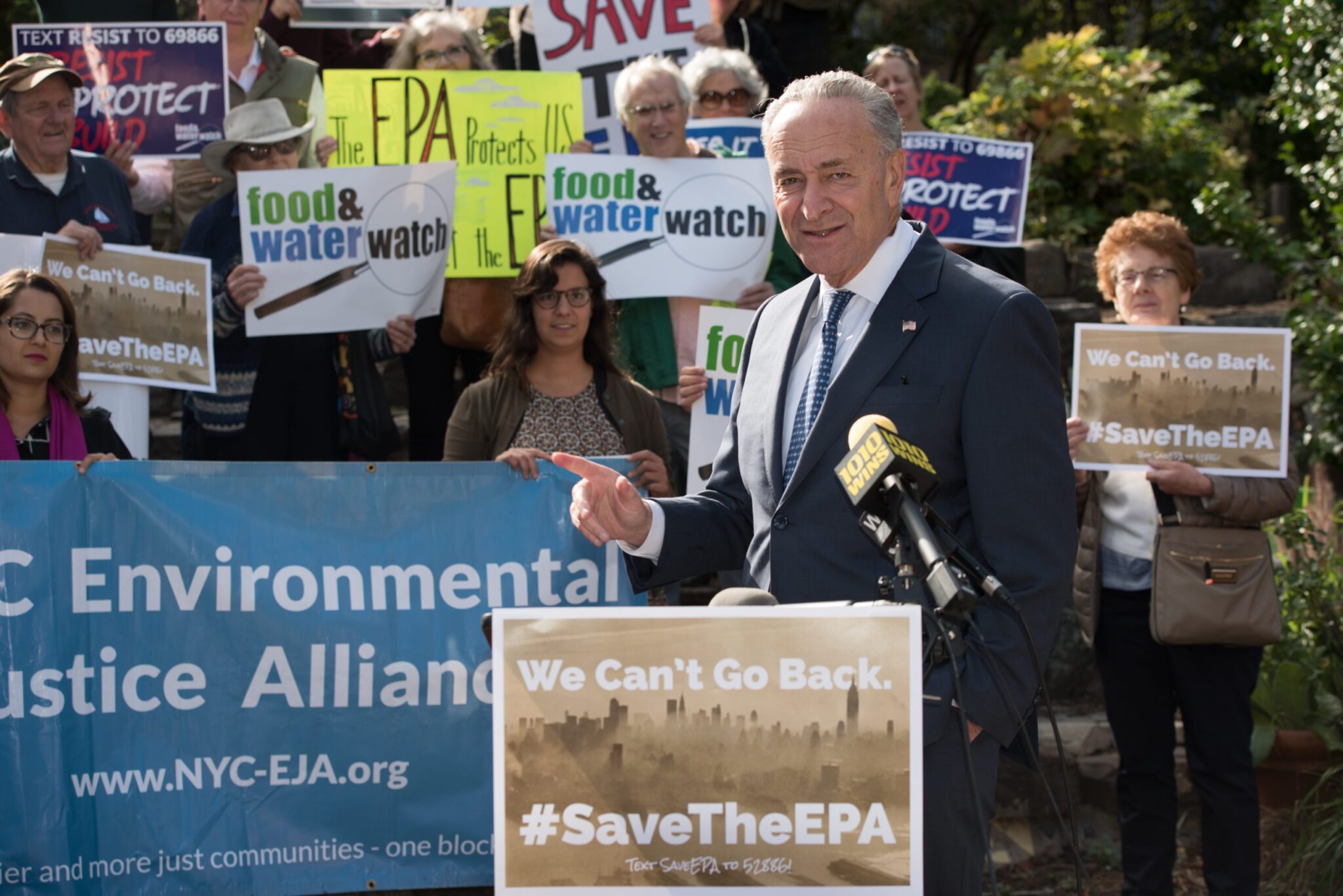 The letter opened with a rebuke of the anti-people, anti-environment agenda that is pervasive in Washington, D.C. “With the Trump Administration and their allies in Congress working to gut the U.S. Environmental Protection Agency and rollback key environmental protections and safeguards that prevent people from getting sick and dying, it is gratifying to know that there are leaders in Washington standing up to prevent such recklessness.”

One of the signatories to the letter, Peter M. Iwanowicz, executive director of Environmental Advocates NY, said: “The Trump administration’s efforts to gut EPA will undergo a reckoning, and it begins with lawmakers and citizens saying, ‘enough is enough.’ Senator Schumer’s battle cry is a rallying point for us all to Save the EPA. We won’t stop until the agency that protects us all is spared the recklessness of those that put polluter-friendly policies ahead of public health. We thank Senator Schumer for leading the fight in D.C. and urge all New York representatives to take the same stand.”

Another signatory to the letter, Eric Weltman, a Brooklyn-based organizer with Food & Water Watch, said: “Along with Senator Schumer, we’re drawing a line in the sand in opposition to any cuts to the EPA budget. The EPA is on the front lines of protecting our children from lead poisoning, asthma, and other health problems. The EPA’s mission is to protect the water we drink, the air we breathe, and the climate we rely upon, and it needs more funding, not less.”

Underscoring the life and death consequences that communities face if the EPA is cut, the letter made it a point to thank Senator Schumer for recommitting to beat back the damaging proposals put forward by President Trump and the House leadership.

Text of the full letter can be accessed on-line HERE.