Albany—Today, leading environmental organizations gathered in support of various legislation that has not yet been signed into law. 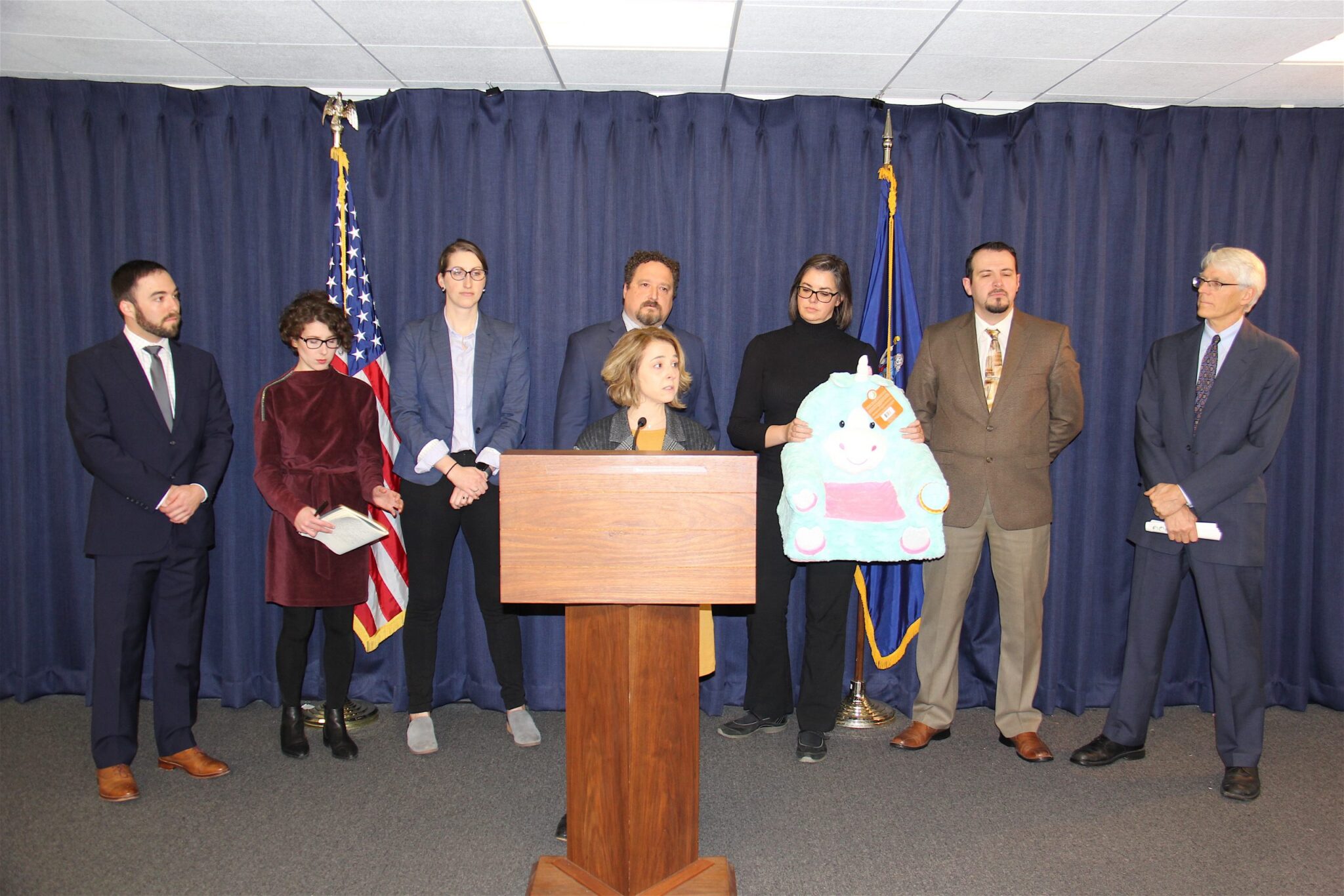 Albany—Today, leading environmental organizations gathered in support of various legislation that has not yet been signed into law. This year, the New York State Senate and Assembly passed more environmental legislation than has been passed in over a decade. While many bills have been signed into law, Governor Cuomo has just 22 days in which to sign outstanding measures that would lead to cleaner water and air, and a less toxic environment.

“New York passed the Climate Leadership and Community Protection Act (CLCPA) and Governor Cuomo embraced the law when he signed it this summer,” said Wes Gillingham, Catskill Mountainkeeper’s Associate Director. “Now it’s time for the Governor to sign the CLCPA’s companion bill into law and make the most ambitious climate act in the country the law of the land.”

Citizens Campaign for the Environment

“2019 is shaping up to go down as a historic year for New York’s environment, but the job is not done until critical bills are signed into law,” said Adrienne Esposito, Executive Director at Citizens Campaign for the Environment. “Rather than continuing to react to each toxic tragedy, we can prevent the creation of the next superfund site by taking precautionary steps, such as banning PFAS in firefighting foam. We urge the Governor to continue his leadership and sign critical environmental and public health measures into law.”

“The Child Safe Products Act will protect kids’ health by revealing hidden, harmful, unnecessary chemicals and eliminate the worst of them in items babies and children use every day: in clothes, cups, car seats, bath toys, bibs, beds, and more. By signing the Child Safe Products Act, Governor Cuomo will make New York a national leader in the quest to protect children’s health from these harmful chemicals. The Federal Government has stepped back, so New York needs to step up.  Our children are depending on it,” said Ms. Bobbi Wilding, Deputy Director, Clean and Healthy New York. “Parents shouldn’t have to be toxicologists to go holiday shopping for their children.” The bill, passed with strong bipartisan support as part of an Earth Day package, is co-sponsored by Senate Environmental Conservation Committee Todd Kaminsky (D-9), Chair, and Assemblyman Environmental Conservation Committee Chair Steve Englebright (D-4).

“Chlorpyrifos is known to harm children’s brain development. It would have been banned over two years ago, but the Trump administration killed a rule to do so,” said Peter Lehner, Managing Attorney, Sustainable Food & Farming at Earthjustice. “New York can reject the lawless behavior of Donald Trump by banning chlorpyrifos. We hope Governor Cuomo will sign Senate bill S.5343 and ban chlorpyrifos now.”

“With only a few short weeks left in the year to fully realize the greatest environmental legislative session in a decade, Governor Cuomo must step up and finish the job by signing a number of crucially important pieces of legislation. The bills that sit on his desk advance policies that will keep our children and communities safe from toxic chemicals and pesticides, will protect our valued and vital water resources, and will make sure that Environmental Justice is at the core of our new climate law,” said Kate Kurera, Deputy Director of Environmental Advocates NY.

“There is nothing more important or urgent than protecting the health and safety of our communities. Yet New Yorkers, and especially our children, continue to be exposed to toxic chemicals in their food, water and everyday items that pose devastating health harms. The legislature stood up to the chemical industry by passing legislation to reduce the risk. It’s time to turn this critical package of bills into law and protect our communities for good,” said Rich Schrader, New York Legislative Director at the NRDC.

“This year, Albany’s leaders set the stage for transformative action on climate change. Through the Climate Leadership and Community Protection Act, New York established a nation-leading law that will transition us to a carbon free economy. One step to ensuring the enactment of this policy remains, however. Governor Cuomo must sign S.2385/A.1564 creating a permanent environmental justice advisory group within the Department of Environmental Conservation. We urge the Governor to sign this important legislation before the end of the year,” said Jessica Ottney Mahar, New York Director of Policy and Strategy, The Nature Conservancy.

“There is no better gift the Governor can give this holiday season than the gift of a safer environment for New York’s children and most sensitive populations. PFAS-polluted water supplies, toxic children’s products in homes, and communities unfairly subjected to pollution from industry contributing to climate change – the reality millions of New Yorkers have had to face for decades must be changed. New York just had a tremendous year for the environment by adopting a nation-leading climate law, funding water infrastructure, and much more – the Governor must keep this trend going and end the year strong by signing the remaining environmental legislation into law,” said Liz Moran, Environmental Policy Director for NYPIRG.

“Riverkeeper applauds Governor Cuomo for his leadership on defending clean water and commitment to the Hudson River’s recovery from decades of neglect and abuse,” said Riverkeeper’s Legislative Advocacy Manager Jeremy Cherson. “We urge Governor Cuomo to continue his winning streak by signing environmental legislation banning the toxic pesticide chlorpyrifos and the emerging contaminant PFAS in firefighting foam before year’s end.”

“The Sierra Club urges the Governor to seize this historic opportunity to ban chlorpyrifos, protect children and our communities from other harmful chemicals, and strengthen environmental justice oversight in New York, among the dozens of critical progressive pieces of legislation still awaiting his signature,” said Roger Downs, Conservation Director for the Sierra Club Atlantic Chapter. “With the swipe of his pen the Governor can begin to heal environmental wounds left open by decades of legislative gridlock. This important, but ephemeral political moment in time to protect our air, water and communities should not be wasted.”

Julie Tighe, President of the New York League of Conservation Voters, said, “With so many historic environmental laws being enacted, 2019 was certainly the Year of the Environment. This progress would not have been possible without the leadership of Governor Cuomo. He must keep the momentum going and sign several important bills into law, especially the Child Safe Products Act, legislation establishing an environmental justice advisory group as part of the CLCPA, and legislation to support legacy renewable energy. His action before the end of this year is vital to improving our environment, our communities and children’s health.”