The following statement in response can be attributed to Conor Bambrick, Director of Climate Policy, Environmental Advocates NY:

“New York has taken a giant step towards moving our economy off of dirty fossil fuels and seeking climate justice with the release of a draft Climate Action Plan. As the plan makes clear, the damages currently caused by burning fossil fuels cost us billions a year, while the benefits of a just transition would gain us billions. And the faster we move to an all-electric future, the faster we will realize the vast economic and health benefits associated with a fossil free future. We thank the Climate Action Council for their work and look forward to the public comment period making this plan even stronger.” 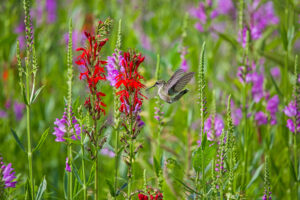 The 2019 Climate Leadership and Community Protection Act (CLCPA), a law that The New York Times called “one of the world’s most ambitious climate plans,” mandates aggressive pollution cuts and commits New York to a transition to a 100% renewable energy economy while ensuring justice and equity for frontline communities and workers. The CLCPA created the state Climate Action Council, a 22-member organization that was tasked with creating a Climate Action Plan. The Climate Action Plan will now be released for public comment.