Albany – Legislators and environmental organizations called on Governor Andrew Cuomo to complete his commitment to ban fracking, and to protect New York’s clean water, by directing his Department of Environmental Conservation (DEC) to ban disposal and road spreading of waste from oil and gas operations.

Amid Water Crises, Deadline Approaches for DEC on Fracking Waste

Legislators, Advocates Urge Commissioner to Ban Waste After Claim NY Not Accepting Any

Albany – Legislators and environmental organizations called on Governor Andrew Cuomo to complete his commitment to ban fracking, and to protect New York’s clean water, by directing his Department of Environmental Conservation (DEC) to ban disposal and road spreading of waste from oil and gas operations. The urgent call for action comes as today is the deadline for public comment on draft regulations for DEC to enact such a ban – just days after DEC Commissioner Basil Seggos told legislators at a hearing on water quality and contamination issues that New York does not accept such waste, despite evidence existing to the contrary. 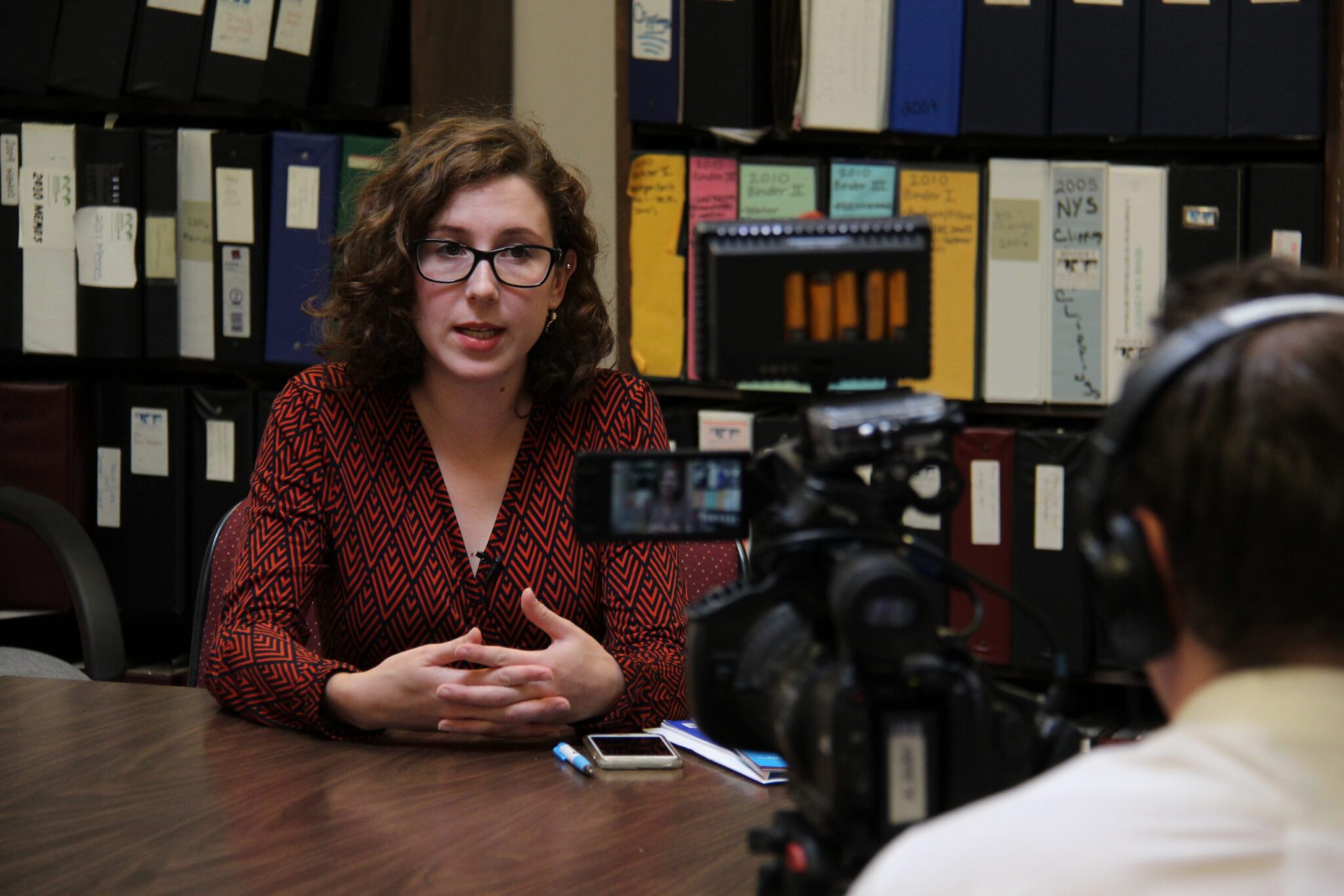 Currently, due to a longstanding loophole in state regulations, waste associated with oil and gas operations are not classified as “hazardous” and not subject to the stringent public safety standards it should be. Consequently, to date, nearly 600,000 tons of solid fracking waste and more than 23,000 barrels of liquid fracking waste has ended up in New York landfills. Additionally, portions of 41 municipalities in the state are spreading liquid oil and gas waste from low-volume fracking operations on roads as a deicer.

Fracking waste can contain hundreds of chemicals, including known and suspected carcinogens, as well as naturally-occurring radioactive materials like radium-226, radium-228, and radon, which can leach into local drinking water supplies. New York’s wastewater treatment plants are not equipped to ensure the water is free of these contaminants before it is dumped back into local waterways.

20 state Senators have written the Cuomo Administration urging them to ban out-of-state fracking waste; a coalition of Assemblymembers, led by David Buchwald (D-White Plains), has also filed comments in support of a ban.

Liz Moran, water & natural resources associate for Environmental Advocates NY said, “Communities across the state are reeling from drinking water that is making people sick due to an aging infrastructure and inadequate regulations on industry. The acceptance of fracking waste is another example where New Yorkers’ health is compromised. The state banned fracking because of the dangers – those dangers include fracking waste. We urge the Governor and his team to complete their work by prohibiting all oil and gas waste from disposal in landfills and from being spread on roads.” Moran is the author of License to Dump.

Senator Liz Krueger (D-Manhattan) said, “When we banned fracking, New York State became a national leader in protecting the health and well-being of our people. But in spite of the ban, fracking waste is still pouring into our state, threatening our land and water, and putting New Yorkers at risk. We shut the front door on fracking, but we left the side door wide open. The hazardous waste loophole must be closed, and it cannot happen soon enough.”

Assemblyman David Buchwald (D-White Plains) said, “In order to protect public health and water quality, the Department of Environmental Conservation needs to account for the health and environmental risks of fracking waste as part of its upcoming revision of regulations. We should not be allowing fracking waste, from out of state, to be disposed in New York landfills or used as a de-icing agent on our roads. Now is the time for the DEC to act.” 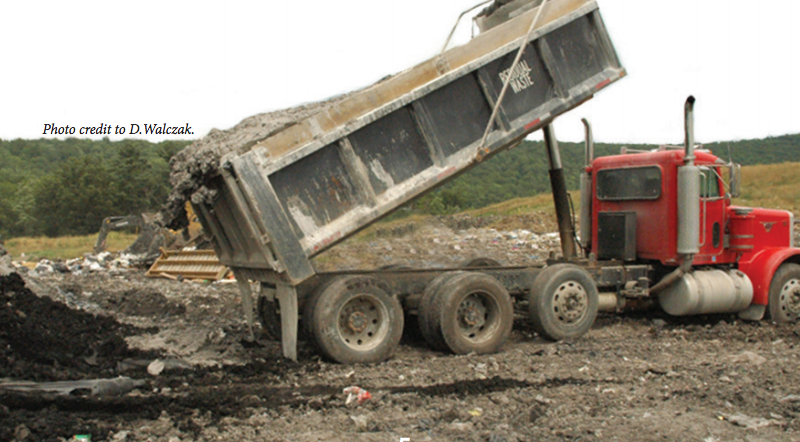 Senator Brad Hoylman (D-Manhattan) said, “Two years ago, based on growing concerns over potential health hazards, Governor Cuomo took the bold step of banning high-volume hydraulic fracturing, or hydrofracking, throughout our state. Today, because of a loophole in New York’s hazardous waste law, we risk of out-of-state hydrofracking waste finding its way into our landfills. As DEC strengthens its solid waste management regulations, I hope they’ll take additional steps to protect New Yorkers from potentially carcinogenic and radioactive material from fracking waste. I thank Senator Krueger for her leadership in bringing attention to this issue and look forward to working with DEC and my colleagues to strengthen New York’s environmental protections.”

Nadia Steinzor, eastern program coordinator for Earthworks said, “The only sure way to keep the toxins and radioactivity in oil and gas waste out of our water is to keep it out of landfills and off roads. DEC and the industry keep saying the waste is being properly managed, but gaps in regulations and facts on the ground show the opposite.”

Mike Dulong, staff attorney for Riverkeeper said, “When New Yorkers submitted over 260,000 comments in opposition to fracking, they sent a strong message to Governor Cuomo that our great State should not be the dumping ground for the oil and gas industry. Since the fracking ban took effect, 20 counties from Erie to New York City have recognized the threat oil and gas wastes still pose and took historic action to ban irresponsible disposal practices. It is time for the State to finish the job and mandate that all oil and gas wastes are disposed of properly.”

New York City recently became the first city in the nation to ban fracking waste and prohibit all waste from oil and gas operations, while the Environmental Protection Agency (EPA) banned liquid fracking waste, which is used as a road-spreading deicer, from being treated at wastewater treatment plants. Due to the state’s inaction, 20 New York counties have banned fracking waste, including Albany, Clinton, Erie, and Westchester.