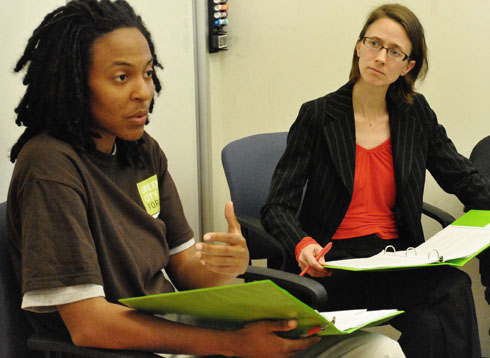 Named “NYC’s Most Innovative Nonprofit” in 2013, Green City Force has engaged over 270 young adults aged 18-24 with an 80% graduation and placement rate in employment or college. GCF teams have educated thousands of public housing residents about changing behaviors in their homes that can lead to energy reduction, coated or cleaned over 1 million square feet of rooftop as part of the NYC Cool Roofs campaign, and teamed with public and private partners to build the city’s first urban farm on public housing property.

GCF has been recognized as a national model by President Clinton and by the White House as one of five Youth Jobs+ Champions of Change in 2013.